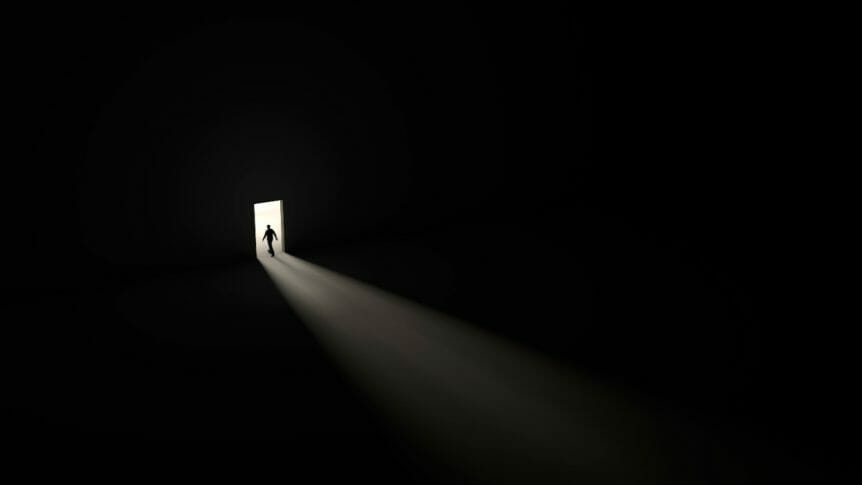 If you’ve ever stared at the blinking cursor on a snow white document, you know the frustration of trying to summon your creativity. You sit there idly, slowly gaining awareness of the tick of your watch and the assignment’s impeding deadline. But fear not, new research reveals how simply dimming the lights, or even telling a story about the dark, can spark that creativity.

Our environment plays a substantial, and sometimes unexplained, role in how we live our lives. A new set of studies from two German universities helps detangle some of that mystery, showing how priming the brain with darkness and dimming the lights in a workplace both produce enhanced creativity in members of that environment.

The first featured 114 German undergraduates who Steidle and Werth arranged in small clusters, of two or three, and separated them according to varying light levels: 150 lux (dim light), 500 lux (conventional office lighting), and 1,500 lux (very bright light). After letting the subjects acclimate themselves to the environment, the researchers gave each group creative insight problems, which were designed to test the subjects’ ability to think laterally in a short amount of time.

The results confirmed their thesis. Groups working under dim light solved significantly more problems correctly than the other two groups. What’s more, they also reported feeling “free from constraints” more often than the other groups. Those working in regular lighting showed no marked difference from the participants in very bright light.

“These results indicate that dim illumination heightens perceived freedom from constraints,” the researchers concluded, “which in turn improves creative performance.”

Interestingly enough, the simple act of a person describing when she was in the dark can also boost creativity, due to a psychological effect known as priming. The effect occurs when a person subconsciously moves a thought or idea to the front of their brain as a result of recent exposure to that idea.

This finding came after Steidle and Werth asked two groups to draw a space alien following their story, with one group’s stories focusing on dark events and the other’s on brightly lit events. Those who recalled times of darkness drew more detailed, creative renditions of the alien.

Steidle and Werth hesitate to praise dim lighting in all aspects of creativeness, however. They draw a distinction when they define innovation as having two parts: idea generation, and then analysis and implementation. Their studies suggest dim light only helps with the first part. Analysis and implementation happen most efficiently in brightly lit environments, they found.

“Creativity may begin in the dark,” Steidle and Werth wrote, “but it shouldn’t end there.”

Perhaps it’s the newfound shadows, the dark pockets around the room that dissolve a person’s creative boundaries. The light exposes our mistakes, as it were, so we can find comfort when shrouded in the dimness. Whatever the case may be, Steidle and Werth remain confident that bright light subtracts from our potential panache.

“Darkness changes a room’s visual message,” they explained, adding that the move from dark to light can also have symbolic power — a transition characterized by the “Eureka” moment, a light bulb going off above one’s head, or the change from a snow white document to a wall of newly inspired text.