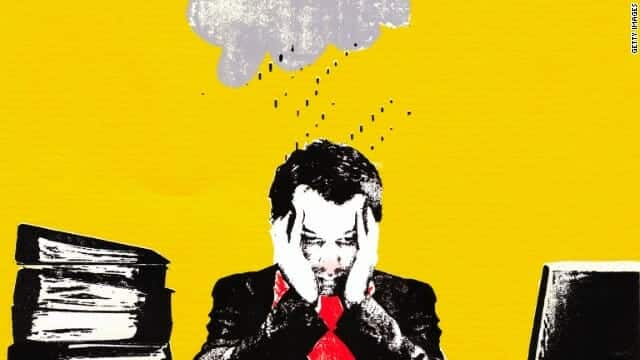 Give your anxious, negative colleagues a chance, and they just might surprise you.

Two new studies have found that highly neurotic people, while initially not inspiring confidence, often defy expectations among teammates. On the flip side, the extroverts in the office, usually seen as strong leaders among peers, tend to disappoint.

“Our intuition about the kind of people who make good teammates, which are often based on their personalities, are actually wrong,” said Corinne Bendersky, an associate professor at UCLA’s Anderson School of Management, who led both of the new studies.

In her research, published in the “Academy of Management Journal” this month, Bendersky and her co-researcher, Neha Shah of Rutgers University, compared MBA team members’ ratings of each other before and after weeks of collaboration.

Our intuition about the kind of people who make good teammates, which are often based on their personalities, are actually wrong
Corinne Bendersky, UCLA

The second study was similar, but researchers gauged perceptions by providing subjects with personality profiles of made-up colleagues.

Before working together, participants had bad impressions of their neurotic colleagues, predicting they would have low contribution and low status within the group.

Our intuition about anxious, neurotic employees and colleagues is that their volatility and negativity is going to make them a drag on the team said Bendersky

“What we don’t appreciate is that an aspect of that neurotic personality is really an anxiety of not wanting to disappoint our peers and our colleagues. Neurotics can actually be motivated to work really hard especially in collaborative situations.”

At the beginning of the study those with extroverted personalities were given high status ratings by others. Collaborators thought that their enthusiasm and energy was going to be a boon for the team, Bendersky said, and that they would be positive contributors.

But according to Bendersky extroverts tend to be less receptive to other people’s input, which can make them more difficult to work with. In the studies, their contributions were less impressive than expected.

Regardless of the finding that neurotics work better in teams, they are still considered to be at a disadvantage in the workplace overall.

“Neurotics tend to be unstable, they’re insecure, they worry a lot, they’re moody — all these are difficult to deal with,” said Adrian Furnham, a psychology professor at the University College London. He believes that while neuroticism makes people more sensitive to the reactions of other people, “by and large it’s not good news. High neuroticism is not associated with success in the workplace.”

Due to their natural caution, they can also be very effective in assessing risk Spencer Lord, Organic HR

Furnham does not think highly extroverted people make for the best employees either. Rather moderate outgoingness is ideal. “If you are very extroverted, you tend to be possibly attention seeking, domineering, and so that’s not such a good thing.”

But people who are high on the neuroticism scale need not despair; they just need to find the right job.

Spencer Lord, a human resources specialist with the Britain-based firm Organic HR, says highly neurotic people are often strong in roles that require attention to detail, like positions in finance or compliance.

“They are more predisposed to worry about the consequences of mistakes and therefore put more effort into avoiding them,” he said. “Due to their natural caution, they can also be very effective in assessing risk.”

While the stereotypical job for more neurotic people is technical, back-office work, Lord believes that the best leadership groups often include someone highly neurotic in the mix. On one board of directors he works with, the most important person, the financial director, has just such a personality.

“Her risk aversion, need for precision and near-obsessive attention to detail don’t make her the most popular member of the leadership team at times — she often shoots down ideas from her fellow directors — but she is utterly indispensable,” said Lord.

Extroverts are good at building relationships and getting themselves noticed, but they need to be able to show they have a good base of other skills, too, or risk being thought of as “style over substance.”

When it comes to hiring, Lord believes it is important that companies think about how candidates’ personalities may help them fit into the organization or on teams.

“They can have all of the skills, qualifications and experience in the world,” he says, “but if they cannot gel with your people, then the hire will not be successful.”