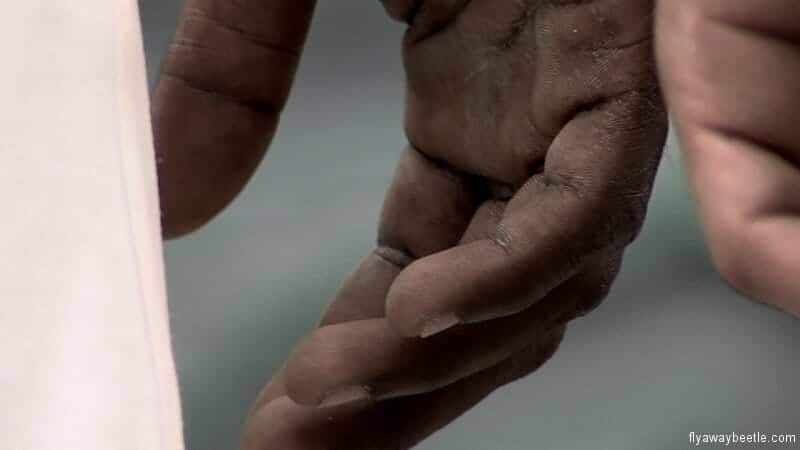 Inspired by the success of Bluedot’s first feature length documentary, The Quantum Activist, I sought the challenge of a completely different subject matter. The Brazilian, ballet-like martial art of Capoeira is about as far as one can get from theoretical quantum physics--and yet there appeared a striking parallel. They both offer a creative way to live better in the world. And I realized that from a completely different direction the film fit into Bluedot’s theme of presenting creative media for life—a theme which champions the potential for positive change, yet does not succumb to sappy sentimentalism in the telling of its stories.

From the vision of Cosmos Corbin and the cinematic eye of Ben Garvey, dozens and dozens of hours of incredible footage from Salvador, Brazil gave me the material for a narrative. I wanted to introduce the uninitiated to the spectacle of Capoeira, but at the same time satisfy and not bore those already knowledgeable about the art form. The solution was (in line with Bluedot’s goal of exploring new styles of documentary film making) to avoid a straight forward informational documentary, and tell the stories of the film’s characters in their own words, interspersed with old footage and exhibitions of Capoeira, giving an intimate glimpse into the subject.

Of course the film gives some historical information to supply a context, but the intent is for the audience to walk away feeling that they have been told a story - not given a history lesson. With the help of our producer Renee Slade’s editorial prowess and photographic eye, and our writer, Ted Golder’s literary and storytelling supervision we tell a story wherein the poetic truth of Capoeira is suggested rather than enumerated in a list of facts. If it is a good tale it will provoke as many questions as it answers.

"Within the fight, some learn to dance"Capoeira: Fly Away Beetle