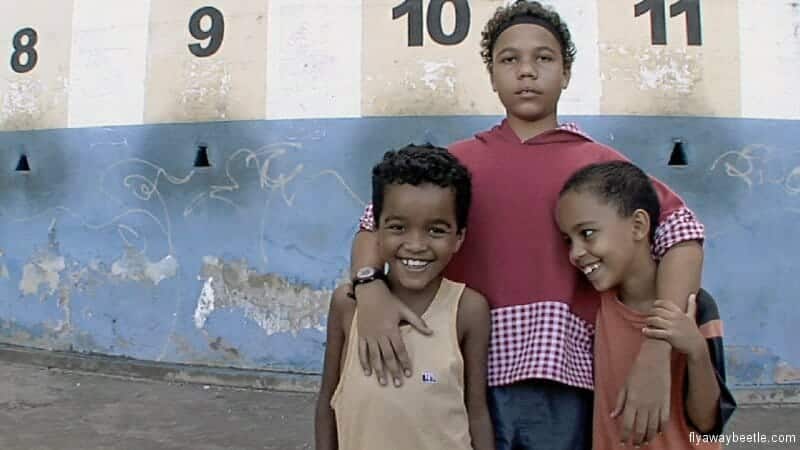 Three world renowned masters (Olavo dos Santos, Boca Rica, and Cobra Mansa) tell of the oppressive conditions during and after slavery which shaped the unique art form of Capoeira.  Sharing radically different views their focuses range from the violence of Capoeira’s early days, to the modern social benefits of Capoeira for a youth in troubled times. They describe the subtleties of the art form’s deceptive moves and articulate, through personal insight, an animated and colorful picture of Capoeira.

Living under bridges on the ghetto streets of Salvador Brazil a young man (Roque Batista) turns to Capoeira in order to save himself from destitution.  In the struggle to better his life Roque becomes a teacher of Capoeira, and we meet his young student Tamir as she turns to the art form in an effort to avoid the dangers of street life.

Weaving between interviews, rare old footage, and modern exhibitions of Capoeira, the film tells the stories of these people.  In so doing, connections to slavery, African Candomble and magic are discovered.  Tales of the legendary Besouro (the flying Capoeirista) aquaint us with a mystical and enigmatic figure, as much legend as historical, who mastered the arts of African magic.

The ritualistic and rhythmic music of the berimbau is central to Capoeira, and the film explores its many aspects including how one is made, its importance to the roda, and even stories of one instrument’s supernatural capacities.

In the end, despite their grit and troubles, the battle-scarred old masters rejoice with their community in the marketplace and the roda.  The man from the streets looks toward the future, and from their stories we get a sense of where Capoeira has come from, what it is, and where it may be going.

Rather than pulling back in a traditional documentary style to give a broad overview, the film takes us inside the lives of these men to experience the essence of what Capoeira is.

"Within the fight, some learn to dance"Capoeira: Fly Away Beetle