Can a ritual born out of slavery become a modern day movement?

Capoeira, comprised of stylized dance and ritual combat takes its cue from the sacred music of the berimbau. Born from slavery and reborn on the modern streets of Brazil, Capoeira proceeds from the timeless urge for freedom. With stunning cinematography this feature length documentary film from BlueDot captures the ballet-like beauty of Capoeira while also exploring the history, myth and symbolism behind its graceful moves.

Through interviews, and exhibitions we follow the life of three renowned Capoeira Mestres from Salvador, Brazil; home to much of the art’s contentious history. We see how their work, together with that of their colleagues and students are bringing hope to their communities, and liberation and respect to a disenfranchised generation. 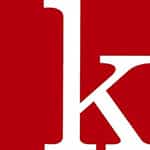 In order to better understand the present state of Capoeira the film traces it back to its African roots. In so doing, we encounter the African gods of Candomble (the indigenous animistic religion of Brazil), Christianity as well as the slavery from which Capoeira has emerged. We hear mythic stories of the legendary Besouro, (the flying capoeirista); as well as accounts of the historical man behind the tales. We meet a young student as she navigates the dangers of her neighborhood by turning to the art of Capoeira

Out of necessity one is thrown into the fight. Within the fight some learn to dance.