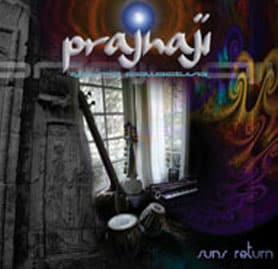 Renee and Ri’s project, the prajnaji sound collective provides downtempo ethno psybient grooves for the hundredth monkey. All compositions, music, artwork, mixing and mastering was completed by our studio. CD was issued in 2008, and received quite a bit of airplay and club sets for the song “Prabhu Ram”