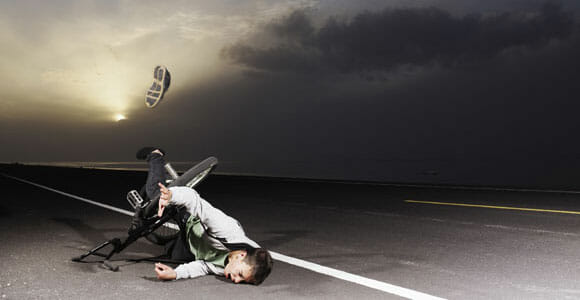 Since publishing “The Secret,” in 2006, the Australian author Rhonda Byrne has been writing self-help manifestos based on the idea that people who think positive thoughts are rewarded with happiness, wealth, influence, wisdom, and success. In November, 2013, she published “Hero,” the fourth book in the series. The book showcases the wisdom of twelve heroes—businesspeople, sports stars, writers, and philanthropists. Byrne’s idea isn’t new—it’s been a mainstay among greeting-card companies, motivational speakers, and school teachers for decades—but she’s become one of its most visible prophets. “The way to change a lack of belief is very simple,” Byrne writes. “Begin thinking the opposite thoughts to what you’ve been thinking about yourself: that you can do it, and that you have everything within you to do it.”

There’s some truth to Byrne’s ideas about the relationship between thought and action. New inventions emerge after their inventors struggle through years of planning and mental preparation, for example. When people have a condition called somatization disorder, their psychological or emotional distress can manifest in physical symptoms—joint pain, headaches, even seizures. Byrne is also right to emphasize the stubbornness of thought. Once you think something, it is very difficult to eradicate that idea from your mind. The late, brilliant social psychologist Dan Wegner described this as the great irony of mental control: in order to insure that you aren’t thinking about an unwanted idea, you have to continually turn your mind to that very idea. How do you know that you aren’t thinking of a white bear driving a red Ferrari unless you think about whether you’re thinking it?

The books have many adherents; most of their Amazon reviewers give them five stars. But they also have detractors. One criticism is that the books use a technique popularized by fitness gurus: when you see actors with tanned, chiseled bodies promoting a new piece of fitness equipment, you get the sense that they aren’t in excellent shape because they’ve spent hours using that particular machine. More likely, they jog or lift weights, or have great genes or a lightning-fast metabolism, or have some combination of these characteristics. It’s just as hard to believe that the heroes in Byrne’s books—let alone a feverishly productive polymath like Goethe or the notoriously irritable Beethoven—succeeded because they cultivated good thoughts. Moreover, as the journalist Oliver Burkeman noted in “The Antidote: Happiness for People Who Can’t Stand Positive Thinking,” “Ceaseless optimism about the future only makes for a greater shock when things go wrong; by fighting to maintain only positive beliefs about the future, the positive thinker ends up being less prepared, and more acutely distressed, when things eventually happen that he can’t persuade himself to believe are good.”

Burkeman is onto something. According to a great deal of research, positive fantasies may lessen your chances of succeeding. In one experiment, the social psychologists Gabriele Oettingen and Doris Mayer asked eighty-three German students to rate the extent to which they “experienced positive thoughts, images, or fantasies on the subject of transition into work life, graduating from university, looking for and finding a job.” Two years later, they approached the same students and asked about their post-college job experiences. Those who harbored positive fantasies put in fewer job applications, received fewer job offers, and ultimately earned lower salaries. The same was true in other contexts, too. Students who fantasized were less likely to ask their romantic crushes on a date and more likely to struggle academically. Hip-surgery patients also recovered more slowly when they dwelled on positive fantasies of walking without pain.

Heather Barry Kappes, a management professor at the London School of Economics, has published similar research with Oettingen. I asked Kappes why fantasies hamper progress, and she told me that they dull the will to succeed: “Imagining a positive outcome conveys the sense that you’re approaching your goals, which takes the edge off the need to achieve.” Oettingen and Kappes asked two groups of undergraduates to imagine the coming week. One group fantasized that the week would go as well as possible, whereas the other group conjured a more neutral version of the week. One week later, when the students returned to the lab, the positive fantasizers felt that they had accomplished less over the previous week.

In a provocative new analysis, Oettingen and her colleagues have suggested that public displays of positive thinking may even predict downturns in major macroeconomic outcomes. They used a text-analysis program to measure the tone of articles in USA Todaybetween 2007 and 2009, and found that especially positive articles predicted a downturn in the Dow Jones Industrial Average between a week and a month later. The researchers also analyzed all twenty-one U.S. Presidential inaugural addresses between 1933 and 2009, and found that Presidents who waxed optimistic about the future saw a rise in unemployment and a slowdown in economic growth during their terms in office. It’s perhaps too strong to suggest that positive thinking, alone, produced these large macroeconomic changes, but the staggering results in this most recent paper are consistent with more than a decade’s worth of studies in Oettingen’s lab.

There’s no denying that many people have found comfort in Byrne’s ideas. Like religion, they offer an appealing, non-technical solution to life’s biggest problems while demanding nothing more of their adherents than faith. (Indeed, “The Secret” features verses from Matthew and Mark, promoting the idea that people receive in life what they seek in prayer.) But while many people give religion a pass because it claims to focus on questions that can’t be answered with science, the same is not true of success. Though Byrne presents her ideas without evidence, we can measure their worth with data. I asked Oettingen whether positive fantasies might sometimes be useful. She suggested that they might, if a person considered the specific steps that he would take to overcome the barriers to success. Kappes said that fantasies might be useful when you’re unable to satisfy a need—when you’re famished and hours from eating, for example—because they temporarily blunt the pang. There’s nothing wrong with getting lost in fantasy, as long as you aren’t ultimately hoping to indulge in the real thing.

Adam Alter is the author of “Drunk Tank Pink: And Other Unexpected Forces That Shape How We Think, Feel, and Behave,” and an assistant professor of marketing at New York University’s Stern School of Business.

Original article at the New Yorker