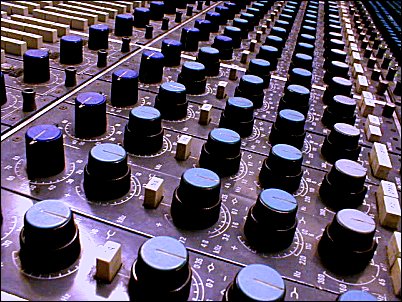 We’re in the process of editing the sound mix for a documentary that we are releasing in 2011. The concept of reference is always a big issue.

Director: “That sounds muddy”.
Composer: “It didn’t at the studio!”
Director: “Did they mix this on near-field monitors? No sub?”
Composer: “Yes”.
Producer: “Sigh…”

It’s a lot of fun mixing for a feature documentary. We have a huge range of types of venues the film will be played at, from straight televisions, to home theaters, to peforming arts centers and hopefully top rated film theaters. How does one make it sound good, everywhere?

This is the question that plagues every sound designer at the final mixdown of a film. But, this time… we have a new approach. 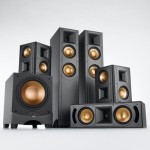 It is extremely difficult to find a post production facility that can mix in 5.1 surround in Oregon, so we went ahead and created our own. Using Yamaha amplifiers, Klipsch loudspeakers and proper callibration, we feel that we have a studio that can bounce between stereo, 2.1 (with sub), and 5.1 Dolby surround.

Interestingly, pro-audio gear doesn’t self calibrate speakers. Their distance, their size, the room size, etc either has to be calibrated by a Dolby certified technician, or they are ‘guessed at’ by using reference pieces in the studio.

With the Yamaha high end home theater systems, they come with aYPAO computerized calibration system and custom microphone that is placed at the listeners location and ear level. Full calibration! 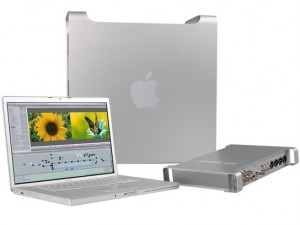 With this new arsenal of sound gear, we output out of our Mac’s with a Matrox MXO2, a high end video and 5.1 surround card that uses the PCIe of either our laptops or our MacPro station. The Yamaha amp has discreet inputs for 6 channels that are calibrated as described above. Using Logic Pro, or Soundtrack Pro (depending on our workflow), we can mix with surround panners.

After the surround mix is complete, we then change it out to 2.1, then stereo… and remix as appropriate. We find the imaging of the sound stage much more accurate this way, and with 3 mixes, we’re ready for anything!

Of course, EQ’ing, compression, noise reduction, etc. are all huge parts of the process of sound design and mixing…. but knowing that your monitors are actually calibrated will allow you to mix with authority.